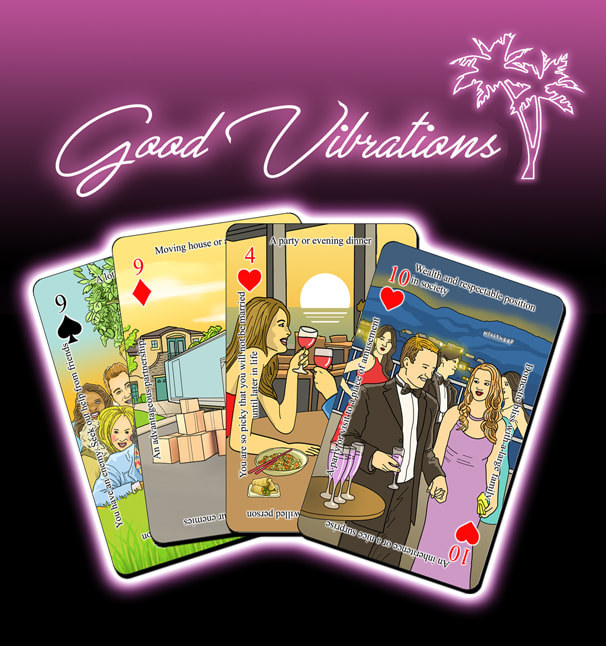 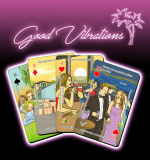 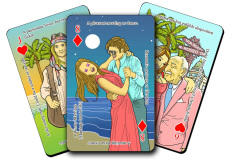 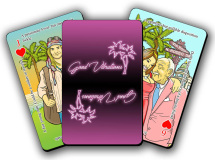 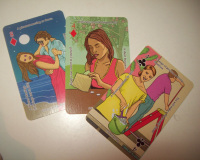 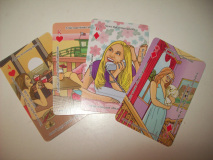 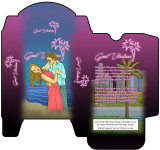 *Unless ordered below, the deck will come in a plain white tuck box to keep costs down*

According to an article in the Press of Atlantic City, the Nile Gypsy Fortune Playing Cards were "an updated version of fortunetelling games played in Victorian parlors from the mid-1800s"

How does the Good Vibrations deck differ from the Nile Fortune Telling Deck?

The deck is inspired by the Californian west coast; think warm weather, beautiful palm trees, and a general upbeat vibe.

That's not to say that the Good Vibrations Oracle deck only has positive messages. The Nile deck, which it was based on, is fairly balanced, but the imagery is bright enough to lend a positive vibe to every reading. The modern up to date illustrations reflect ordinary day to day life experiences, making it easier to relate to the imagery, and therefore easier to interpret, both for yourself or for clients.

Unlike the Nile deck, The Good Vibrations Oracle includes imagery reflecting some of the messages found on each card. While each card has four messages, the imagery on each card is tied to the cards message when the card is faced upright. Therefore you will be able to recognise when the card is upside down (on cards like the Courts, or the 6's and 9's for example).

For example in the case of the 7 of hearts' "you are blessed with good health", we decided to depict a female jogger.

We've also reworded the text on each card to reflect the time period. The English language, like every living language, changes over time and since the original Nile deck was published over a hundred years ago, it made sense that if we were going to remake our own version of the Nile, we would not only include bright attractive imagery but we would bring the language up to date. The message behind each card is still intact, just worded slightly different.

How do you read with the deck?

You can use these cards the way you normally would when reading with the Tarot, using the same card layouts. However with the additional card meanings written on the sides, the top and the bottom, a diviner will be able to use the guides on the cards for situations that need more specific answers. The Good Vibrations Oracle have all the meanings on the cards making it easy, even for the beginner, because there is no need to remember what each card represents, as you would in regular Tarot card decks.