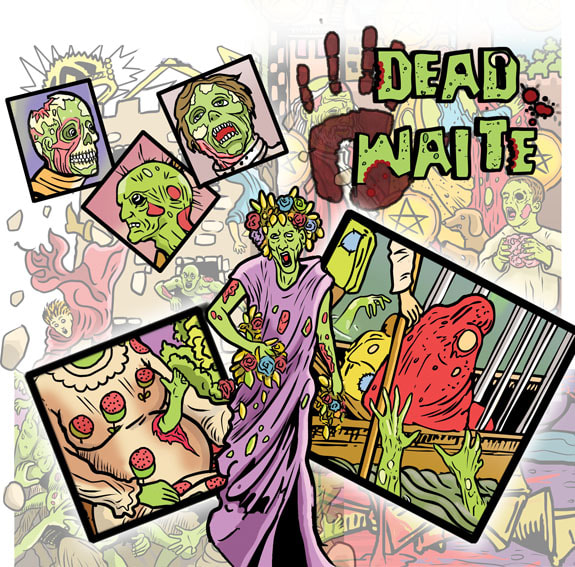 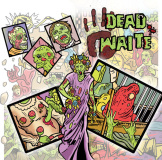 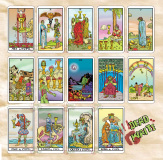 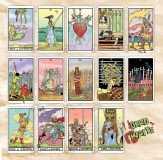 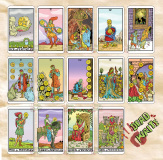 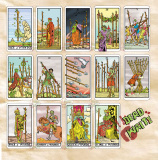 Decks will not come with box.

The Dead Waite Tarot is inspired by the apocalyptic events that took place during a near forgotten time in history. Everyone in the “Waite Smith” world has been affected (and most infected) by a strange zombie-like outbreak.

Witness with horror as the once majestic kings are diminished; a shadow of their former selves. Despair at the dead eyes of the lost queens as they scramble for coherent thought. By golly gosh, it is the stuff of nightmares! Not your mother’s Tarot deck!

Every card has been transformed, with once pristine costumes torn and shredded with bones sticking out and rib cages on display. Angry zombies, wistful zombies, the Dead Waite has a whole host of undead characters.

If you're a lover of horror or a bit of a survivalist at heart, these cards are made for you; I draw only for the fans of my art. Such controversial cards I would not make for just anyone.

This deck will appeal to those who are able to look at life a little humerus-ly.

*Please Note. Does not come with box,